On this background, the market has almost not reacted to an explosion in Rome, the decision of BOE and oil speculation.

Trump fired the head of FBI James Comey for not clear reasons against the background of the spy scandal: the situation looks as if this investigation could sink the president. All this occurs against the background of publicity of tax reform, and, in particular, a boundary tax which can lead to the growth of dollar exchange rate by 25%. In case of lack of support of democrats, Trump could have no opportunities for maneuver as his tax reform will lead to budget deficit growth, and in this case, ratification has to happen in the Senate by 60 voices while now republicans have only 52 voices.

The growth of inflation in the USA doesn't give the grounds for a cycle of increase in rates of FRS, and the second increase in a rate of FRS in June is almost considered in the current quotations of the market.

Draghi's report in the parliament of the Netherlands became the brightest event of the week though it has only repeated theses of a press conference of the ECB about 4 criteria. It was necessary to beat off inconvenient questions and not always successfully, for instance, Draghi has refused to comment on a subject of the write-off of debts of Greece, and the question whether ECB will return €100 billion to the Netherlands in case of exit from the EU, has almost infuriated him. It was the most failure public statement of the ECB head for the last 3 years.

It is obvious that different EU countries need a different policy of the Central Bank. The future change of policy of the ECB does euro to one of the most attractive financial instruments in the near future, but so far the ECB ponder over how and when to report about the reduction of incentives in the conditions of the steady growth of the economy.

The German magazine Spiegel assumes that the ECB will announce the beginning of a discussion on turning of incentives at a meeting on July 20, and works on the termination of the QE program will be gradually carried out since 2018 in the form of reduction of the amount of purchases of assets with a step to €10-20 billion, it is possible to expect increase in rates of the ECB at the end of the 2018th. If Spiegel is right, then ECB will take a waiting attitude at a meeting on June 8, that can lead to the strong descending correction EUR/USD.

The new president of France, socially liberal supporter of united Europe, has entered upon office − it is the first serious victory over national populism in the last two years. On the economic front Macron should alleviate the burden of taxes and regulation for those who are ready to risk, at the same time helping people to cope with consequences of globalization and automation, in particular, − to reduce the critical unemployment rate. Communication with the new German chancellor who will be elected in September can be quite serious problem for France. Macron plans to create more integrated, effective and democratic eurozone with the own budget, the Minister of Finance and the parliament. If Germany is really interested in normal work of single currency, it should interact with Macron in a constructive way.

Against the background of growth of appetite to risk, last week has shown an inflow of new investments into funds of the European shares approximately for $6 billion. GDP of the eurozone which advances on growth rates of GDP of the USA has supported demand for the European shares, the main share indexes of France, Germany, Spain, Italy and Switzerland have added more than 10% this year, and unemployment on all region has receded from post-crisis maxima.

Three months ago Mark Carney has pointed to the weak moments in the economy, having provided to the Bank of England more space for preservation of a soft political position. Decisions of BOE concerning monetary policy has disappointed from the point of view of volatility. Investors have been sure that the central bank of Great Britain will raise the forecast for growth of inflation, and as a result the pound has turned out under pressure because of decrease in the forecast of GDP growth in 2017 from 2% to 1,9% and rhetoric of BOE that the extreme growth of pound has lowered fears on inflation growth. However, nobod waits for an increase in a rate before elections and results of negotiations on Brexit. The forthcoming week the report on inflation on Tuesday, the report on labor market on Wednesday and retails on Thursday will impact on dynamics.

The USA and China have signed the preliminary trade agreement which reduces fears of investors concerning pressure upon China. However, the People's Republic of China on Sunday accepted in Beijing leaders about 28 countries within the first forum «One Belt — One Way» − the summit in advance of the policy of the «soft force» supported by investments into infrastructure projects for hundreds of billions of dollars. China since 2013 invested in the countries which have adjoined the idea «Belt and way», more than $50 billion. We expect statements and reaction of the Asian assets current week.

Petrotraders hope that the pact on the reduction of the production will be prolonged at the summit in Dubai on May 24-25. Analysts note that the refusal of OPEC of a part of the market hasn't brought any price benefit. Efforts of consortium member countries are leveled by the growth of deliveries from the OPEC countries without quotas, the countries which are participants of the transaction, but fail it, and also the growth of production in the USA (to 9,31 million. bar/day). As for the actual prices, just of promises and positive reports are not already enough to the market, it doesn't react to verbal interventions for a long time and is nervous only on statistical data. If the cartel isn't able to reach the agreement on deeper reduction, then non-interference policy will become an option by default that will allow dropping the WTI price to $40.

Technical factors on basic assets concede to fundamental. Draghi will perform on Thursday, the subject of its performance is far from a monetary policy, but the next leakage of the insider through media after the intermediate meeting of the ECB on Wednesday isn't excluded. The publication of the protocol of the ECB on Thursday will hardly give new information for thinking.

The current week we pay attention to reports of the USA on the speed of construction, a production index of Philadelphia, in Europe − the ZEW index of Germany, GDP of the Eurozone in 1 quarter and a final assessment of growth of inflation in the Eurozone in April. 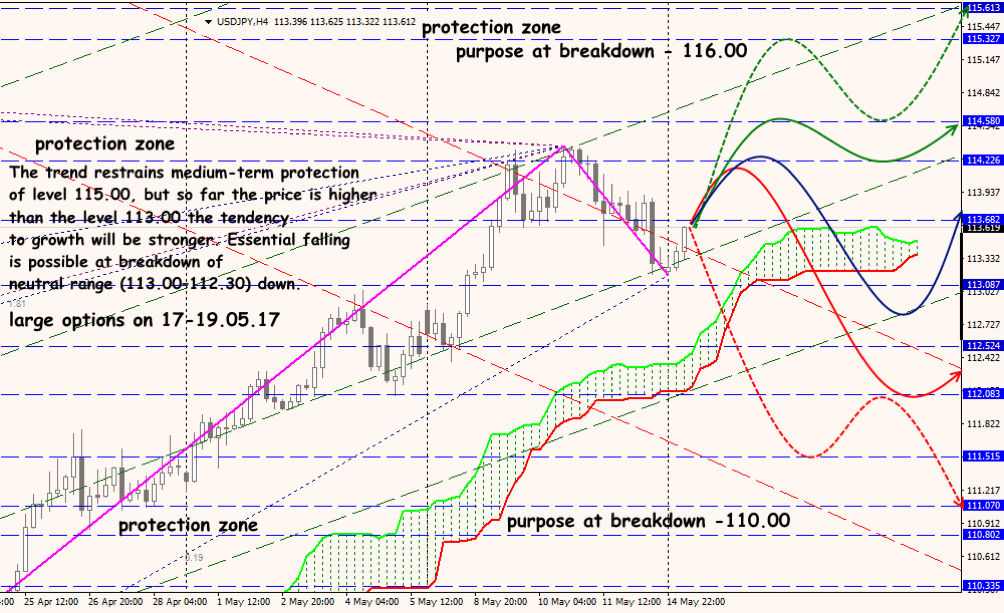 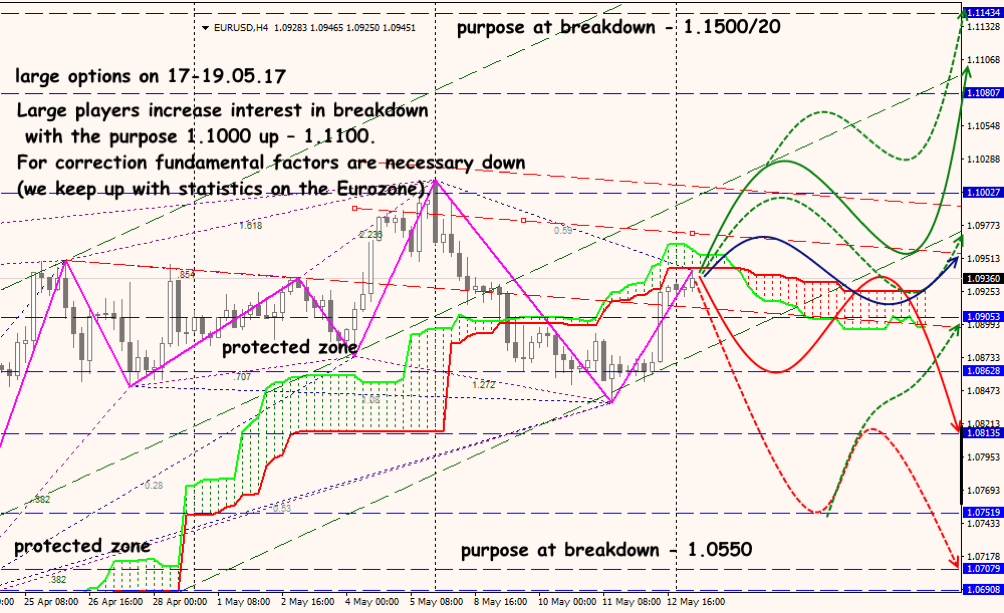