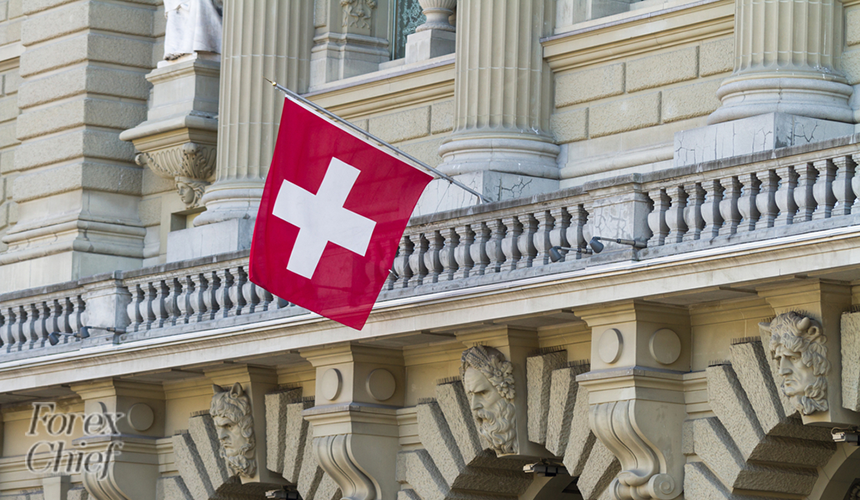 Having virtually no domestic natural deposits, Switzerland ranks first in the world in cotton, grain, oil-bearing crops sales, and first in Europe in sugar sales. The reason is simple: the country is the largest trade platform, and, for instance, almost 70% of all crude oil sales transactions are carried out there.

Swiss economy is rightfully considered to be if not the largest then one of the most liberal and, at the same time, competitive and stable economies of the world. Strict confidentiality, traditional European character and legal safety, loyalty towards clients and absence of exceedingly severe legal imitations - all of that makes Switzerland an attractive country for foreign investments.

Speaking about foreign trade, Germany is the country's largest partner both in export and import operations. The USA is the second largest Swiss exporter, and France and Italy are its second largest importers. Switzerland has a network of high-technological industrial companies that are involved in development and production in the areas of micromechanics and precision mechanics, plastics and materials technologies, textile industry, etc. EU countries, primarily, prefer to invest in Swiss economy - almost 84% of all the volume of investments falls on the share of European Union. Almost all the remaining part - 14.5% - is taken by US investments. Besides that, Switzerland itself is a major investor in foreign economies: it ranks sixth in absolute volume of direct foreign investments; also, Switzerland is the largest investor in American economy.

If Switzerland is not the leader in absolute GDP volume, then regarding conversion of this indicator per capita, the country ranks fourth in the world, being ahead of both the strongest EU countries and other large economies. In this regard, approximately 72% of GDP volume is provided by services sector. Almost all the remaining part - 27% - falls on Swiss industry. The main national industry branches are chemical industry, banking, and manufacturing of industrial goods. Swiss economy model implies focus on exports; therefore, the percentage of revenue from foreign trade in GDP is very high - 35%. EU is the country's most important strategic partner (almost 60% of all the country's exports and around 78% of imports). Swiss style business is, first of all, small and medium enterprises: the number of full-time staff of around 99% of Swiss companies is under 250 people. Besides that, the important specifics of the country's economy is the presence of a kind of conglomerates - networks made of R&D establishments, raw material and components suppliers, suppliers of corresponding services (for instance, engineering companies), manufacturing companies and various related organizations and institutions (in particular, Chamber of Commerce and Industry), all of which are located in the vicinity of each other and operate in a tight bond supplementing each other at various stages of production. Those are the so-called business clusters. There are several of them in Switzerland.

Approximately 75% of chemical and pharmaceutical industry product range is made of production that uses biotechnologies; 98% of it is exported. Considering that this economy sector forms less than 5% of the national GDP, the global share of Swiss chemical and pharmaceutical production makes 4%. Production of medical equipment, two thirds of which is exported and which makes 5% of the aggregate national exports is as important.

However, machine building, electro technical industry, and metalworking (MEM cluster) forms the largest industrial sector of economy that generates almost 20% of the national GDP. Approximately 80% of all this production comes to foreign market, comprising 35% of the national exports. Production of watch mechanisms, 95% of which are designated for exporting is, by all means, traditionally important for Switzerland. Presently, IT production is becoming as much important area for the country. This way, the global leaders in the industry, for instance, Google, IBM, and Microsoft, placed their scientific and research departments there. The reason is simple - highly professional technical universities and company branches that are involved in IT production are located in proximity to that area. An important characteristic of Swiss industrial sector is its focus on ecologically clean technologies. Moreover, a separate branch that is involved in the production of those technologies was established in the country; its contribution in the total national GDP is significant - almost 4%. In this regard, more than one third of companies engaged in this sector export their products.

Having virtually no domestic natural deposits, Switzerland ranks first in the world in cotton, grain, oil-bearing crops sales, and first in Europe in sugar sales. The reason is simple: the country is the largest trade platform, and, for instance, almost 70% of all crude oil sales transactions are carried out there. The factors that contribute to that include central European location, historical traditions, and high concentration of various financial companies and institutions. In addition to that - the country has a relatively low taxation level. Various companies that provide services associated with raw materials trade, such as law firms, insurance, consulting, trust, security, and transportation companies play an important role in the national economy. Largest national banks are also associated with raw materials trade not only settling purchase and sale payments but also making bank guarantees for those types of transactions. Altogether, raw materials trade forms around 2.5% of the total national GDP.

A major part of large foreign companies moved their head offices - global and regional - to that particular country, and their number is continuously growing. More than a half of them are American, European companies represent one third and about 11% are represented by Asian companies. The reasons for that are simple: highly professional personnel, favorable tax climate, in particular, double taxation conventions, high standards of living for nationals, excellent indicator of the so called legal certainty, convenient geographic location. Besides that, Swiss economic neutrality and good reputation of Swiss business are as important. Therefore, moving head offices to Switzerland is perceived by global markets as positive. As a rule, for a number of years, the country has been taking leading positions in the list of the countries that are the most attractive for investments.

The main financial body of the country is the Swiss National Bank. Besides issuing national currency, it takes care of credit and monetary policy, ensures the required size of gold and currency reserves, as well as assists in supporting franc liquidity. Besides that, SNB's important task is to control the activity of numerous national financial institutions: more than 300 banks, around 2,300 pension funds and reserves, as well as approximately 250 insurance companies operate in the territory of the country providing about 11% of the total GDP.

The main area of the financial sector activity is trust management, besides, it is management of individuals' property. More than a half of securities that are managed by Swiss banks belong to foreign clients. That is not surprising since Swiss financial industry is characterized by high competitive ability and excellent reputation at international markets. Besides that, Swiss economy stability, well developed infrastructure of pension benefits, know-how in insurance area, in particular - in reinsurance, as well as transparency and extensive network of financial interaction at foreign insurance markets are as important aspects.

National currency exchange rate is predominantly determined by the events that occur outside of Swiss domestic market - at foreign markets. Therefore, besides SNB actions, the main influence factors are: