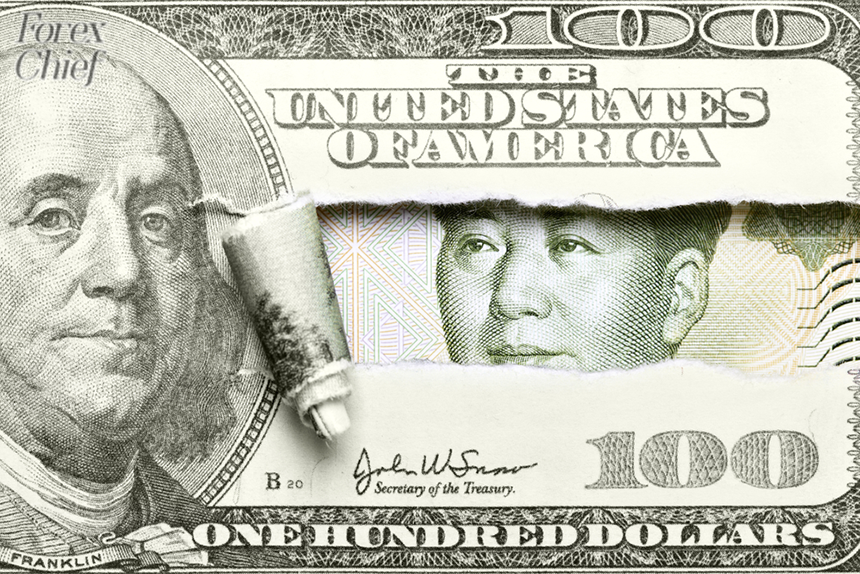 As for any export-oriented country, decline in demand for Chinese products in foreign markets remains its main risk. In this regard, global tendencies in the part of more focusing on high-technology goods make Chinese economy even more vulnerable. Chinese industry is in serious dependence on outside market, and any significant commotion of the global economy or even its gradual reduction will cause a serious damage to the most important sectors of Chinese economy.

The second global economy with respect to GDP for the fourth year and first with regard to purchasing-power parity for several months, Chinese economy has been adding about 7.5% each year. Being a nuclear and space power, China also holds leading positions in regard to aggregate size of industrial production, wood production, mining of coal and various ores, including iron, manganese, lead and zinc, etc. Chinese economy is the most actively developing that does not have any equivalents: the aggregate GDP volume for the previous 35 years has grown in more than 10 times!

People's Republic of China is the largest global producer of zinc, steel, cast iron, steel pipes, aluminum, nickel, tin as well as technical consumption goods (mobile telephones, radio sets, TV sets, photographic equipment, etc.), household appliances (sewing and washing machines, microwave ovens), watch mechanisms, cement, silk, chemical fertilizers, and a number of agricultural products, both in the area of crop growing and cattle breeding. In 2010, China went ahead of the USA and Japan in the number of manufactured automobiles and ranked first in the world regarding that indicator. Around 95% of the global mining and treatment of rare-earth metals that in high demand, such as vanadium, molybdenum, and antimony carried out here, too. In the aggregate, industrial and construction production forms almost half of the total national GDP. Although the share of public sector is still a little below one third, China is focused on liberalization, and government structures also use Western model levers when exercising regulatory actions: they control public assets at financial markets.

About one third of all Chinese industry is comprised of machine building and metallurgy. Although, in the average, annual growth of industrial production has been over 10% for a quarter of a century, the background for developing those industries was rather in extensive than in intensive form. As a result, product range is not very varied and the quality is high. Meanwhile, some sectors of heavy industry and production of goods, that the government views as strategic, as in the time of "developed socialism"- still belong to the state or - that is the progress of decades passed - are in joint private and public ownership. Chemical industry is also focused on the increase of production volumes only (fertilizers, synthetic fiber, plastics). Currently, China is one of the largest suppliers of nitrogen fertilizers to global markets. Consumer goods are also an important component of Chinese exports. The main stress is made on textiles and fabrication of clothing. In particular, around 10% of the national GDP is formed by means of synthetic fabric production. Along with textile industry, steelmaking, production of iron and coal, machine building, arms production, and light industry remain the main industrial sectors of Chinese economy.

Although China owns quite rich oil, coal, and gas reserves, the country imports energy resources. At the same time, industry, starting from last decades of the previous century shaped its course to energy saving, and the main stress is made on the use of imported energy saving technologies. Nevertheless, China today is one of the largest global oil exporters. Top position in the world in coal mining, naturally, made its influence on this type of energy supplies used by Chinese manufacturers. However, domestic reserves gradually decrease, and for more than 10 years, the country also has had to import that type of raw material, mainly from Indonesia and Australia.

On the one hand, it puts China in dependence on its importers, on the other hand - allows it to influence the global market of energy resources, including the possibility to put pressure on global prices and energy policies of other countries. In general, energy safety in China is the issue of national security, and consumption diversification is of quite high priority. Therefore, during the last decade, steps were made for industry conversion from coal to gas consumption. And although currently, only about 4% of the need in electric power is covered by means of this resource (for comparison: that indicator exceeds the mark of 25% in the developed countries), gas consumption in China steadily grows by 7% annually. Besides that, nuclear power, wind power, and hydropower are the areas that are actively developed in the country.

Chinese banking system is comprised of the Central Bank, non-commercial ("political") banks, state-owned and urban commercial banks, investment trust companies, and also stock banks and financial nonbank institutions in the form of credit unions. In this regard, China has a half of all global currency reserves, and yuan is one of the most significant global currencies. Financial system structure assists unhindered implementation of government decisions. Thus, for example, in 2011, the decision was made to abandon US dollar when conducting international settlements, and Chinese banks converted more than two billion dollars to euro per day several months later. Today, the main strategy is complete transition to settlements in yuan and in the national currencies of trade partners.

China is not only the largest global importer but it is also an exporter: these operations bring the lion's share (around 80%) of the total national currency revenue. 20% of industrial and agricultural goods produced in the country go to foreign markets. China's main partners in this area are the USA, Japan, Korea, and EU. In this regard, all goods that are imported in those countries conform to the highest quality standards. The most competitive Chinese products are textiles, telecommunication and office equipment; motorcycle, automobile, and bicycle exports, and construction and vehicle manufacturing products are actively developed. Russia and especially its far-east region is the largest importer of Chinese food products. Besides that, China is active in supplying the global market with cotton.

The tendency in foreign trade is focused on continuous and significant increase of trade balance, although exports growth volumes are only slightly ahead of imports growth (7.9% against 6.2%). This gap, even though it is so small percentage-wise, allowed China to end the trade year of 2012 with a positive balance that exceeds previous year value almost in 1.5 times. In that regard, China is active in enlarging its list of trade partners world-wide, including CIS, Asian, Middle East, and even African countries.

First of all, condition of economies and relationships with the largest importers of Chinese goods - South Korea, India, etc., and especially with the USA make an influence on the national currency exchange rate. Growth of purchasing power in America, as a rule, leads to the increase of yuan value in the currency market, and the other way round. As a large importer of energy resources and hydrocarbons, Chinese economy is directly connected to prices for those types of resources. Making agreements for their purchase at lower prices, reduction of custom duties and charges for goods that are exported in importing states, and reduction of import duties in China - all of that forms the basis for yuan growth at Forex.

In general, China, the largest global importer, wins virtually in every type of foreign policy conflict that arises among other states. Isolation measures taken in regard to this or another country that is China's supplier especially play into its hands: conducting quite an independent foreign policy, China keeps trade partnership with isolated states, becoming practically a monopolist in importing its goods and, thus, has the right to dictate new purchase prices. Therefore, conflicts of this type always lead to the growth of yuan.

Having successfully overcome all financial crisis consequences by 2012, China, nevertheless, can hardly be called a prosperous nation. High inflation rate (around 6% annually) with high purchasing power and, low absolute income per capita (about 1000 US dollars), almost double gap between construction volumes and further sale of new real estate units, and, the main thing - country's extensive development pattern - all of that will certainly lead to slowing down of economic development. Although most of analysts share the opinion that "landing" will hardly be tough: most likely, China will face a more or less gradual falling back from leading positions within 5-7 years: the national government will use maximum influence levers, for instance, weakening its credit and monetary policy.

As for any export-oriented country, decline in demand for Chinese products in foreign markets remains its main risk. In this regard, global tendencies in the part of more focusing on high-technology goods make Chinese economy even more vulnerable. Chinese industry is in serious dependence on outside market, and any significant commotion of the global economy or even its gradual reduction will cause a serious damage to the most important sectors of Chinese economy, which will certainly reflect on the national currency exchange rate. Nevertheless, under otherwise equal conditions and absence of more or less significant global crisis within 2-3 years, Chinese economy will continue its development, and experts predict a rise in its growth rate for the next several years.