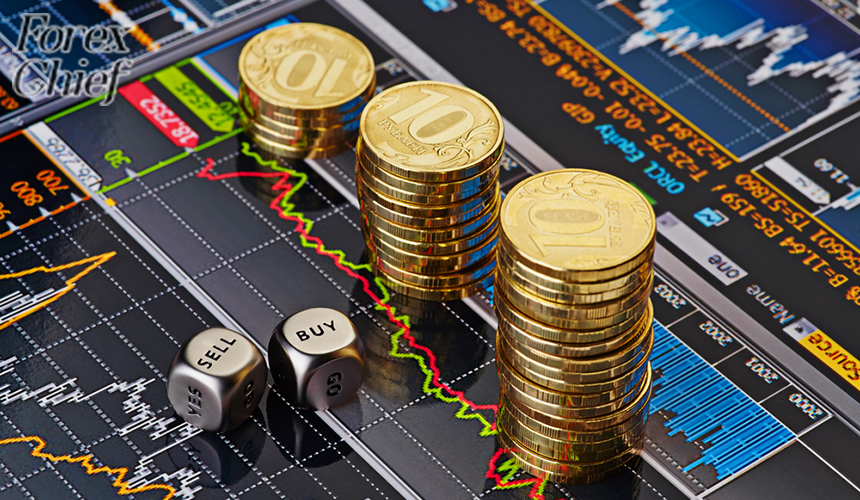 One of the main participants of any national financial system is its central bank. Therefore, central bank policy has a direct effect on the national currency exchange rate. That effect is mainly exercised in two directions: by means of setting the size of discount rates, and through currency interventions.

The market where money, and namely a currency, is the first-hand commodity is called Forex. Here, one currency gets exchanged for another not in accordance with a rate that is fixed or set by a regulatory body but rather according to free market prices. It is understood that the main purpose of this exchange, as a rule, is making a profit, which a Forex participant receives by means of speculation under currency exchange rate fluctuations. In other words, the meaning of speculative operations is in no way different from any others: an individual can buy a currency as cheaper as possible and then can sell it as more expensive as possible. That is why, in order to trade successfully at Forex, it is necessary to understand the factors that affect foreign currency rates.

Five main factors that influence currency rates can be identified:

Essentially, any national currency is in direct dependence on the economic condition of the state that issues it. Economy condition of this or another country is numerically characterized with the help of macroeconomic indicators. There is a great number of such indicators since economic condition is assessed not just with the help of one but rather through a series of criteria: volume of gross domestic product, inflation rate, production volumes, employment level, etc. The value of indicators changes every day, and it is impossible to consider all of them. In order to trade successfully at Forex, it is enough to learn to distinguish the main economic indicators that will have a significant affect on the currency rate. They include:

Volume and increment of Gross Domestic Product (GDP). The aggregate volume of all goods and services produced in the country expressed in monetary equivalent is called gross domestic product. GDP volume is calculated, as a rule, for a year or a quarter, and this indicator is the most important indicator of national economy weakness or strength. Besides, dynamics, i.e. increment size or, just the opposite, GDP reduction against previous periods, as well as increment (reduction) rates also have important significance. In the aggregate, these indicators show how profitable it is to invest in the economy of this or another country. Therefore, if, for instance Japanese GDP growth rate is substantially ahead of US GDP growth, then Japanese yen to American dollar exchange rate can be expected to become stronger in the long-term perspective.

National budget balance. This indicator is calculated as the difference between this or another country revenue and its expenditures. If revenue level exceeds expenditure level, the national budget balance will be positive (budget surplus). In the opposite case, budget deficit occurs, which means a negative balance. Depending on this indicator, national currency exchange rate either grows or, to the contrary, declines.

Inflation indicators. Inflation is an inevitable companion of any economy; however, its optimal health indicator is inflation growth in the amount of 2-3% annually. The main indicators, for instance for the USA, are Producer Price Indexes (PPI) and Consumer Price Indexes (CPI). The first index shows changes in wholesale prices, the second one shows the prices of the so-called fixed demand goods and services, i.e. those that are part of the fixed basket of consumer goods. Since CPI reflects changes of prices for end-use products, and those prices also depend on the level of wholesale prices, then it is the main inflation rate indicator.

Labor market indexes. The most important indicator, in this case, is the number of new jobs created during the previous reporting period - month. This indicator is calculated when considering seasonal fluctuations and, different from the above indicators, makes not so much long-term as short-term influence on the national currency rate.

One of the main participants of any national financial system is its central bank. Therefore, central bank policy has a direct effect on the national currency exchange rate. That effect is mainly exercised in two directions: by means of setting the size of discount rates, and through currency interventions.

Central bank discount rates. The interest rate under which a central bank of this or another country provides or ready to provide loans to commercial banks is called the discount rate of central bank. Depending on the size of this rate, banks will provide loans to their borrowers afterwards. In other words, discount rate shows the national currency value in the issuing country. Central banks control inflation rate with the help of increasing this discount rate in case of inflation growth. However, discount rate growth leads to the rise of credit cost for commercial bank debtors; that process has a negative effect on the national economy: production growth slows down and, as a rule, GDP increment and new jobs creation slow down, trade balance reduces, etc. Then, in order to stimulate economic growth, a central bank is forced to reduce its discount rate. That is a cyclical process, and its important indicator is, among others, cycle duration. At the same time, high discount rate for this or another currency attracts buyers: purchasing a currency they can make deposits in it at a higher interest. That leads to an increase in demand for this currency, which, in turn, leads to the growth of its value at the currency market. Economy specifics of this or another country also matters. If the economy is focused on exports, high level of discount rate for the national currency will lead to an increase in the value of goods produced in the country. And that, in turn, makes the prices for those goods noncompetitive in a foreign market.

Central bank currency interventions. As a currency market participant, any country's central bank may carry out operations for purchase and sale of a foreign currency at that market. Dumping or, just the opposite, withdrawing a significant currency amount, a central bank can directly influence Forex price level. For instance, in order to prevent from cheapening of a national currency against any foreign, a central bank needs just to dump a big amount of this foreign currency to the market. Or, to do just the opposite, it needs to withdraw a significant amount of the national currency.

Meetings of large trade and economic unions, G7 summits, declarations made by the heads of central banks and governments, economy and finance ministers, elections to superior government agencies - all of them are political factors that influence both economic and financial processes. That is why currency market participants carefully monitor the events of such importance.

It comes to the market in the form of rumors obtained from allegedly competent sources. Those rumors generate certain expectations, in accordance with which currency market participants begin to act. Therefore, in this case, it does not matter at all if the information will prove to be truthful or not - such a rumor in itself may form tendencies at the currency market. It is natural that if the information proves to be false, market participants can suffer significant losses. That is why, in this case, a great deal of caution should be used.

Wars and military coups, terrorist acts and revolutions, natural disasters and massive strikes - all of those events have a very negative effect on the rate of national currency, since they make negative influence as on economic, political, and so on financial factors. Besides, stabilization of the situation in the country requires additional financial resources, which is often resolved by means of emission of a large money supply and, as a rule, leads to inflation growth.