Making a menu for the new season

In Italy − a scandal; in Holland − threats; in Germany − a political generational change. Europe begins to live without Brexit, and the United States − without Trump. The rest of the topics retain their positions.

Trump's worst show, «Make America Great Again», will close the day after tomorrow, although for some participants this business project has become very profitable. The 45th President of the United States will leave the office and the «three-ring circus» factor will not affect the markets. The US Senate will begin considering the charges against Trump an hour after Joe Biden's inauguration. Senators will have to combine this procedure with the discussion of candidates for the new administration and presidential initiatives, which may complicate the process. In the second impeachment, the charges are also political rather than criminal, but now Republicans are not eager to defend their colleague. If Trump is found guilty, he will be banned from holding any federal office, and Donnie will not have a second attempt to enter the White House. Apparently, Trump's political career is over.

Biden failed to profitably «sell» the markets a new package of fiscal stimulus for $1.9 trillion: $415 billion for the fight against coronavirus and vaccination of the population, about $1 trillion direct assistance to households and $440 billion for small businesses and populations most affected by the pandemic. It is proposed to extend this program until September and increase the additional payments from $300 to $400, which should accelerate the rate of growth of wages and intensify inflation in the next 3-4 months. The stock markets ignored the information.

Virtually no one believes the bill will go smoothly through Congress, and Biden hinted at a tax hike that would be the basis for funding this stimulus package. Passage of the bill on a bipartisan basis (60 votes in the Senate) is unlikely. An attempt to use a budget reconciliation procedure to pass a simple majority stimulus package could postpone the adoption of the bill until late spring.

At a joint meeting of Congress in February, Biden is set to unveil a long-term economic recovery plan that will include an infrastructure project and tax hikes. By that time, the balance of power in Congress on the first package of fiscal stimuli will already be clear and the market's reaction is expected to be stormy.

The Dutch government of Rutte on Friday announced his resignation due to the scandal with children's benefits, although the old set of ministers will fulfil their duties until the March 17 elections. The election result may bring instability to the Eurozone, as the radical Wilders party, which advocates Holland's exit from the EU, intensifies.

Renzi, the head of the Italy Viva party, left the Italian coalition government due to disagreement on the use of funds from the EU restoration fund. They do not yet talk about early elections, because the return to power of Eurosceptics from the Salvini party will stop receiving tranches to Italy from the EU restoration fund (more than €209 billion) The current situation makes investors nervous, who bought a large volume of expensive Italian bonds based on the ECB's eternal QE.

Today, the lower house will vote for confidence in Conte's government, the Senate will vote tomorrow, and there is a possibility that the government will not win a majority. If there is no mandate of trust, then the euro will collapse. It is possible to form a new coalition or technical government, but it is already clear that after receiving money from the EU restoration fund, the period of political lull in Italy will end.

Armin Lachet won the election of the leader of the CDU party in Germany − he is ready to continue Merkel's policy, but his authority in the EU and the Eurozone is much weaker. Frau Angela's withdrawal from politics significantly reduces the chances of a peaceful resolution of subsequent crises in the bloc. It is not yet a fact that Lachet will lead the CDU party to the September elections. Everything will be decided in the regional elections on March 14, after which the CDU party can either change its leader or adjust its policy with the separation of the posts of a leader of the CDU party and the future chancellor of Germany.

There will be a standard working session without changes in policy and new economic forecasts. Lagarde's press conference is worth listening to avoid unpleasant surprises. Of interest is the opinion of the head of the ECB about the trend of the Eurozone economy in the 1st quarter of 2021. Apart from preparing a fertile ground for the analysis of subsequent economic reports of the Eurozone, nothing interesting is expected in Lady Christine's rhetoric.

Assets with the participation of GBP added optimism after the head of BOE Bailey said that the possibility of cutting rates to negative values is very low. Nevertheless, the coming BOE meetings will be tense, only strong economic reports can neutralize the threat of further rate cuts. It is quite logical to expect that a hard lockdown and after Brexit will return the British economy to recession.

This week, pay attention to the following data:

China showed mixed statistics in the morning, but two benchmarks − GDP for Q4 and industrial production for the year − were above forecasts.

The US stock and bond markets are closed today (Martin Luther King Day). We listen to Bailey's speech attentively.

Tomorrow European Commission will present a vaccination coordination plan, and may also publish a new plan to strengthen the international role of the euro.

Fed began a «period of silence» before the January 27 meeting. After the ECB meeting, active insider information is not excluded if reaction to Lagarde press conference and the online summit of EU leaders send the markets in an undesirable direction. We do not consider Biden's inauguration as an important event for markets, of course, provided that there were no obvious terrorist attacks at the time of his swearing-in. 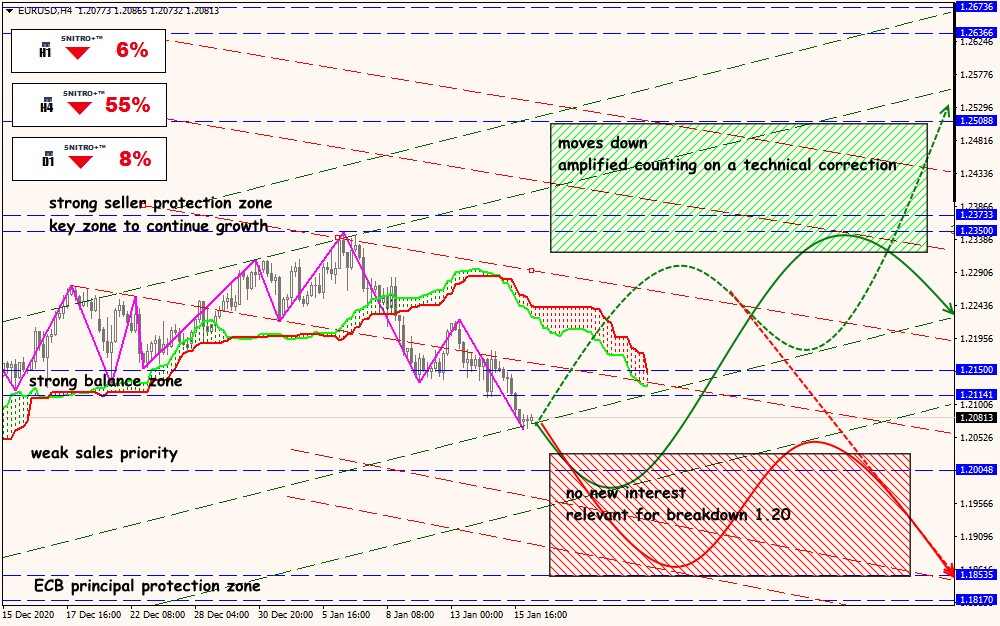 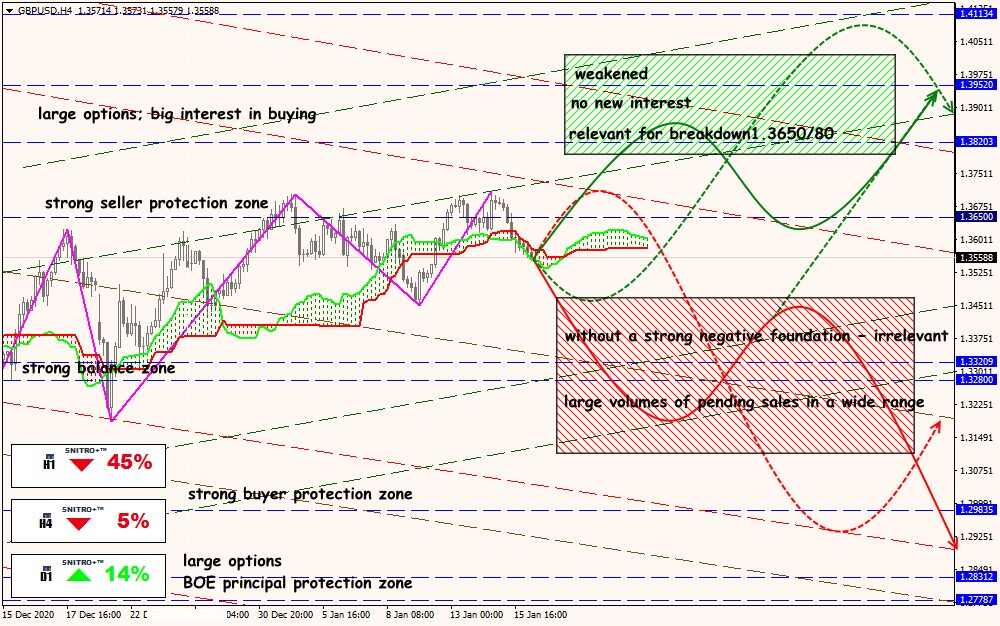 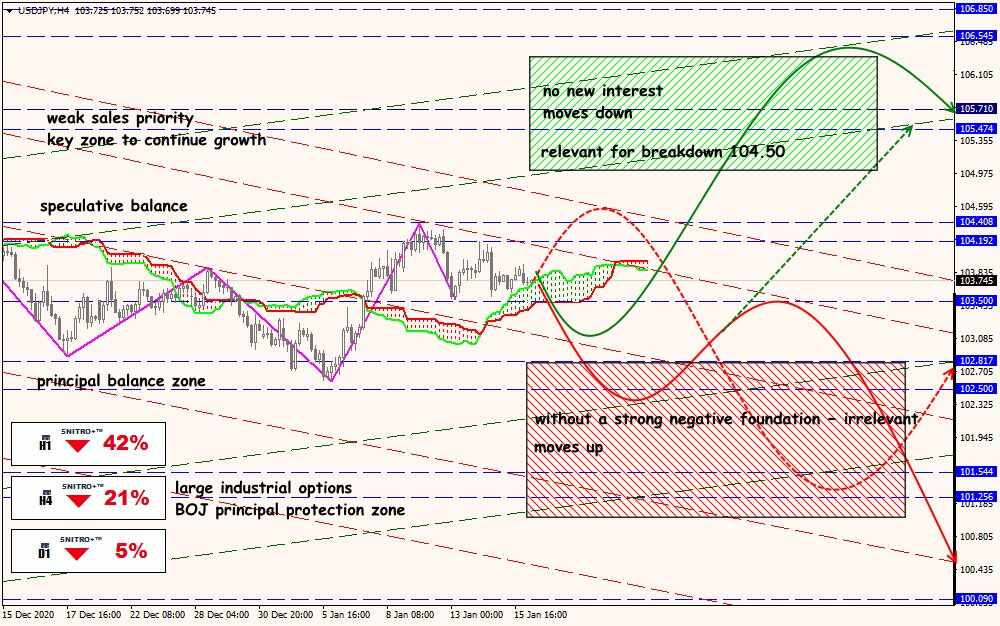 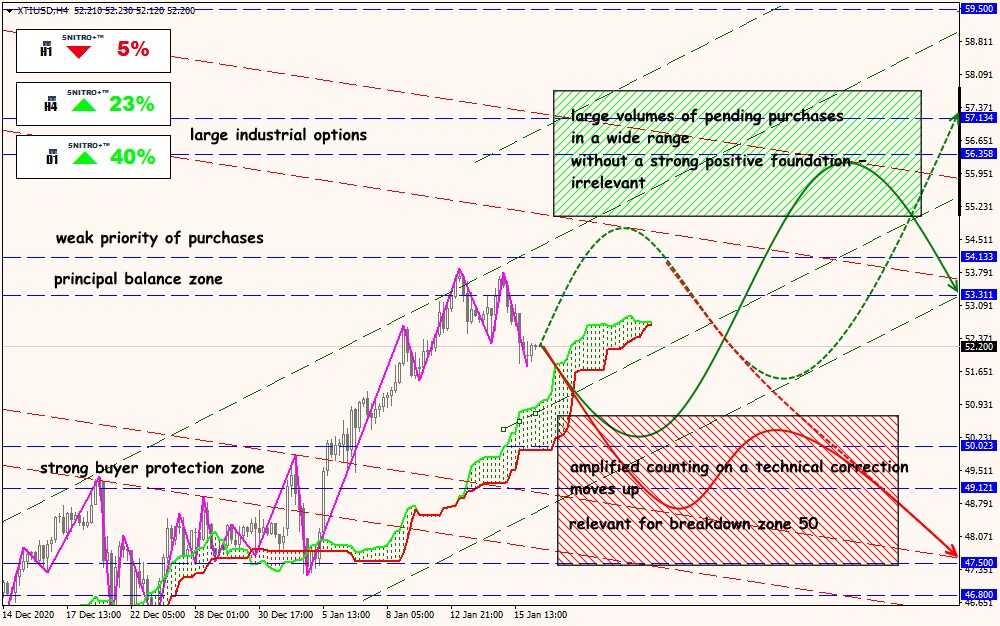