Gloomy results of 2020: vaccine and crisis as a gift for survivors

Viral Armageddon; record growth in global debt; negative oil prices; a critical drop in the dollar. Against the general background, the scandalous elections in the United States and the end of the Brexit epic can be considered a prize game.

World is undergoing an unprecedented shock. Pandemic has already claimed more than 1.76 million lives and resulted in the loss of tens of millions of jobs. The situation has so far returned to normal only in China and in some countries of Southeast Asia. Mass vaccination has officially begun in the European Union.

Severe transport and financial quarantines, the closure and shutdown of certain sectors of the economy turned into the largest financial and industrial collapse in decades. According to IMF experts, in 2020, global GDP will contract by a record 4.8%, and in the next five years, the global economy will miss $28 trillion.

It was the lockdowns that caused the greatest damage: countries whose economies are mainly based on small business and the service sector have suffered the most. So, in the second quarter, the GDP of the EU countries collapsed by 11.3% compared to the same period in 2019, the UK − by 20.8%, and the US − by 31.4%. In April, the level of business activity in the world dropped to the lowest level since the financial crisis of 2008-2009.

Governments were forced to compensate for the losses of business and population and, at the expense of the budget, support the demand for key goods. Economic downturn amid the pandemic has caused an active increase in global debt. For 9 months, the total amount increased by $15 trillion. and a total of $272 trillion. − not yet final result. The highest volume of indebtedness was recorded in the USA (almost 384% of GDP), the Eurozone (416%), Great Britain (501%) and Japan (633%).

The weakening of the pandemic and the partial lifting of restrictions in a number of countries practically stopped with the beginning of the second wave of COVID-19.

In the face of the global economic downturn, central banks have been forced to intervene. Thus, the FRS is again actively producing the infusion of the dollar due to the unlimited purchase of government bonds, even without minimal collateral. The ECB also pursues a similar policy of injecting money into the economy, which significantly increases inflationary risks.

The DXY index plummeted more than 12% and fell below 90 points in December (for the first time since April 2018), while the dollar money supply rose by more than 20%. This dynamic undermined investor confidence in the US currency as a defensive asset. It is not surprising that investors began to pump capital into gold assets and cryptocurrency − the price of bitcoin has more than tripled, and in December, for the first time in its history, exceeded $26,000. The weakness of the dollar will lay the foundation for the continued rally of risky assets in 2021.

Let's note the main pain points of the outgoing year:

Even before the start of the pandemic, markets were nervous and feared interruptions in the supply of raw materials due to the aggravation of US-Iranian relations. The test of the price zone above $60 seemed logical. As the coronavirus spread, lockdowns and border closures, global production and supply chains were severed and oil demand collapsed.

OPEC+, including Russia, should have further reduced the production of raw materials and thereby stabilized the situation on the market, but! .. On March 6, the parties could not agree and completely abandoned their earlier commitments.

The uncontrolled growth of production by exporting countries led to the full loading of the world's oil storage facilities and it was physically impossible to carry out new supplies of raw materials. Even if the producers were willing to pay the buyers themselves. For the first time in the entire period of trading, WTI was in the negative zone: at some sites the price was fixed − $37.6 per barrel.

Since May 1, OPEC+ members have resumed cooperation on reducing production volumes, and the energy demand has begun to gradually recover. In late November − early December, the market reacted extremely optimistically to information about the development of vaccines. Based on the results of the OPEC meeting on December 4, from January 2021, the participating countries will monthly decide on a possible increase in production in the range of up to 0.5 million barrels per day. For January, the decision to increase production has already been made. We expect an active market reaction after January 10.

During Christmas, miracles do happen. "The Deal is done," said Prime Minister Johnson and now he can be trusted. The trade deal between the UK and the European Union is fully agreed, the European Commission has published the full text of the agreement (a document of 1246 pages).

Real significance of the deal is that in the short term, virtually all industries in the country will do without extortionate duties. The danger of huge queues at the borders of the UK with the EU is removed. Nicola Sturgeon has already stated that Brexit is happening against the will of the Scots, who did not vote to leave the EU, and that no deal can compensate for the losses, but! ... it is the Free Trade Agreement with the EU that gives a real chance that Scotland will remain a part of the United Kingdom for a long time, and the problems on the border with Northern Ireland will be much less.

Deal does not extend to the larger and more influential UK financial sector; Brussels has yet to decide whether to grant London access to the bloc's financial market. This gives Dublin, Frankfurt, Amsterdam and Paris a chance to destroy London's dominant position as the financial centre of Europe. BOE believes that with such a "narrow" agreement, British GDP in the first quarter of 2021 will lose more than 1.5-2% (previously, losses were estimated at 0.8-1%).

The European Union is already forming a reserve (so far short-term) to help victims of Brexit, the approximate amount is € 5bn. In the future, long-term assistance will be included in the budgets of the EU countries. The Brexit adjustment reserve will cover costs in any EU country for 30 months. Most of the amount will go towards pre-funding in 2021, with a smaller tranche for additional support in 2024 in case actual expenditures exceed the original allocation.

The Brexit agreement must be approved by the parliaments of the UK and the EU, but there will be no problems with this process. The House of Commons of the British Parliament is due to vote on Wednesday, the European Parliament will approve the provisional application of the Brexit agreement on Friday, and formally all deadlines will be met.

The “black day” for the pound is cancelled, but judging by the COT report, both long contracts and short positions were actively closed last week, so large traders are still afraid of the British and its information background. If the deal is fully agreed upon, then GBP/USD may show a speculative recovery of more than 300 pips.

Elections were held according to the scenario "Trump or not Trump", the candidacy of the enemy, in principle, was unimportant. The president's negligent attitude towards the fight against COVID has only increased the desire to get rid of the toxic "agent", thanks to which America has lost a lot of allies and made a huge number of enemies on both sides of the ocean. Markets continue to celebrate the defeat of Donald, refuting the opinion about the endless love of American business for "their" president. Over 500 American companies have sued the White House for illegally imposed tariffs against China.

What has Biden to offer? Note that Joe looks like a much more competent politician: after all, 8 years being vice president under Obama is a tremendous experience. First, an active fight against the consequences of the pandemic is proposed − a free vaccine and testing (for everyone!), Funding for treatment, as well as returning to WHO. Next − the usual democratic kit ("save the poor, punish the rich"):

Elimination of racial and gender discrimination, aggravated during the Trump period, is proposed as a political "trick". Now it is difficult to assess what of this democratic "compote" will be able to actively influence the markets. But it certainly won't be worse than under Trump.

Donnie lost catastrophically, but the hysteria about this continues. The post-Trump era will not come before January 20: the still incumbent resident again vetoed the bill on the defence budget for 2021 ($740.5 billion), which caused another conflict with Congress.

Trump nevertheless signed the country's budget for the new fiscal year (started on October 1) in the amount of $2.3 trillion, which includes a package of measures to support the economy in a pandemic in the amount of $900 billion. At the same time, Trump intends to seek an increase in payments to Americans from the $600 provided aid package, up to $2000 − on this issue today, a vote is scheduled in the US House of Representatives. It will also discuss the issue of excluding from the package of aid measures that Trump considers unjustified.

American markets were optimistic about the news of Janette Yellen's return to US fiscal policy. It is not yet clear if the Santa Rally will take place − some investors have already begun taking profits amid concerns over a new strain of coronavirus and weak US economic performance.

We will define practical trading goals in the next overview.

Traditionally, we remind you: the weakly liquid holiday market is already ready move the StopLoss of unwary speculators on both sides of the price, so any trading activity this week is not recommended.

The ForexChief company thanks all of you for effective cooperation and wishes everyone personal victories, financial success and peace in New year. Happy holidays! 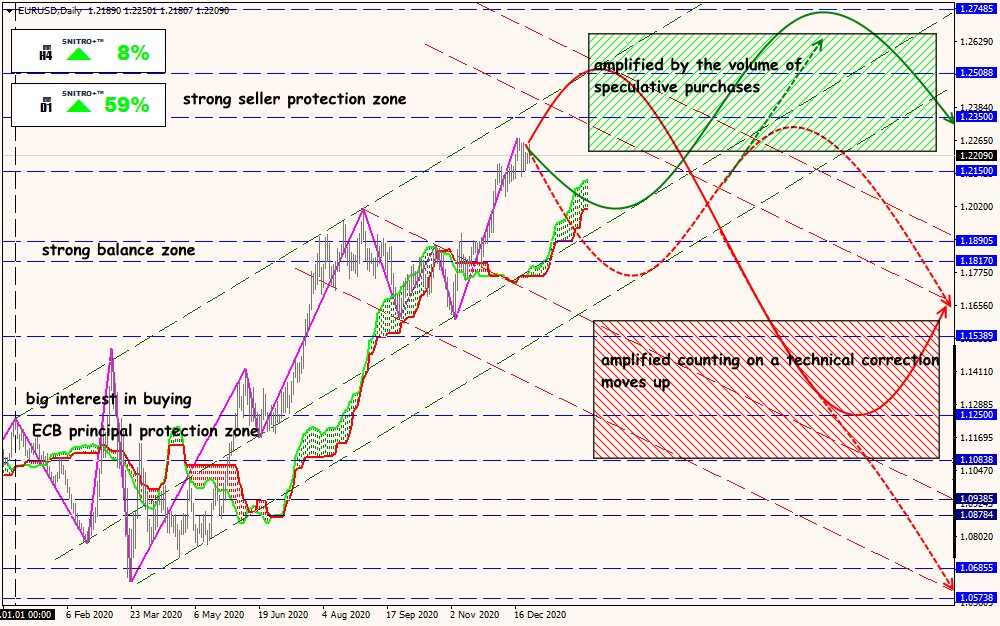 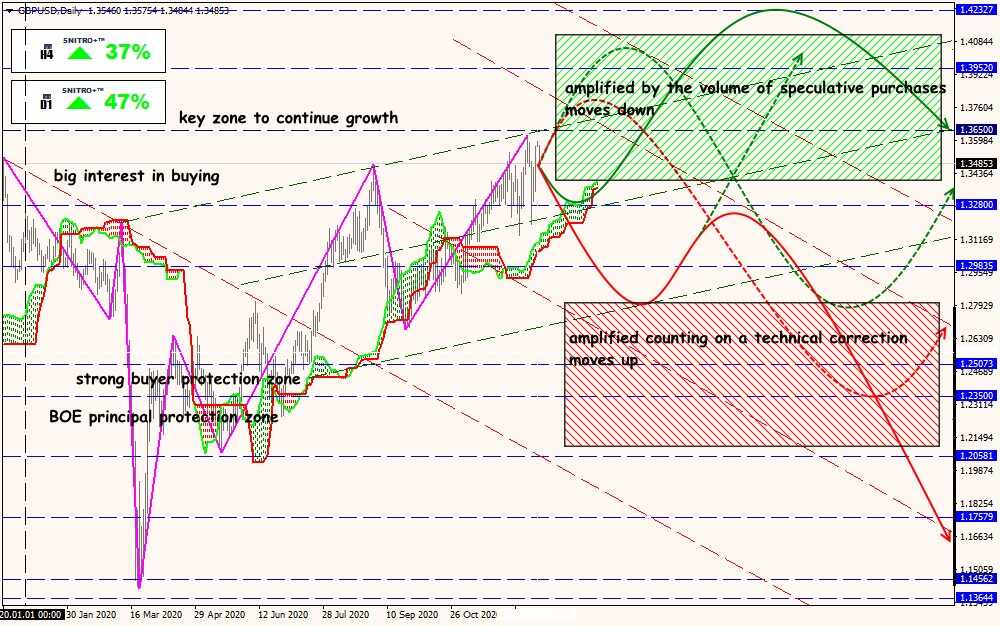 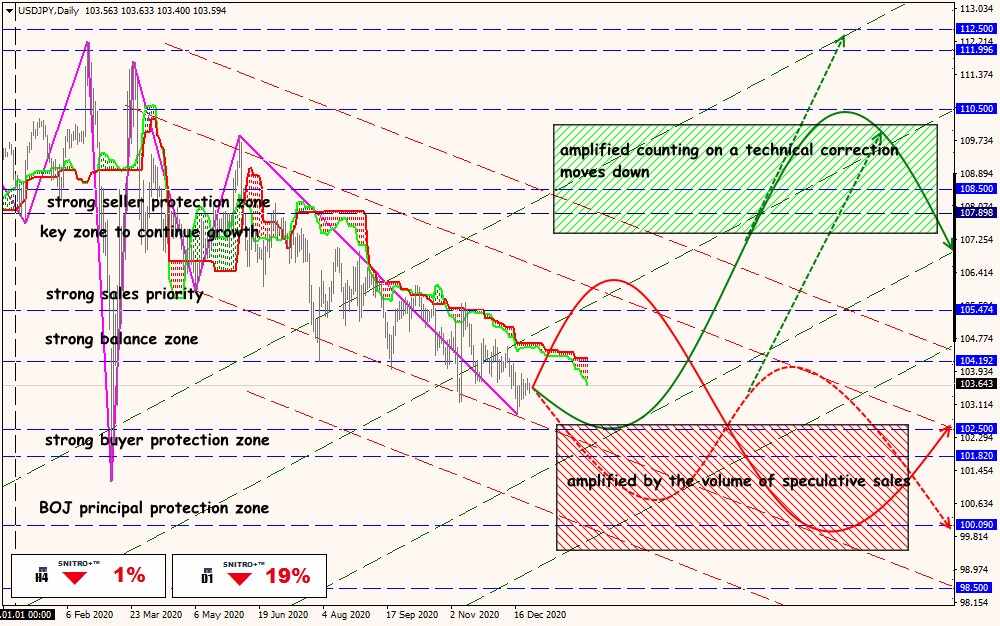 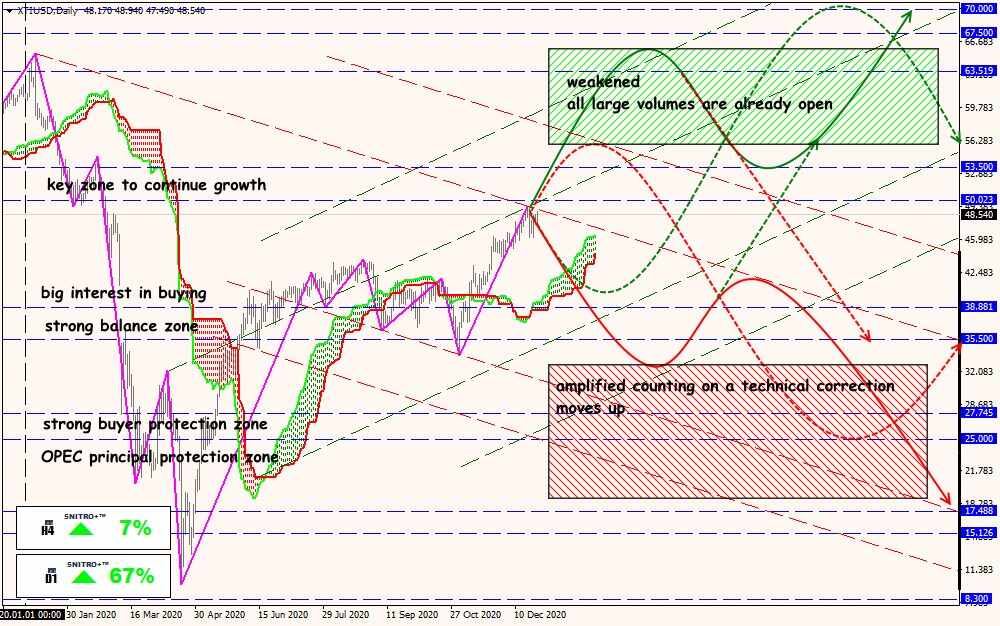